Albums by Tommy Walker in our playlist:

I Have A Hope
Tommy Walker
Songs: 10 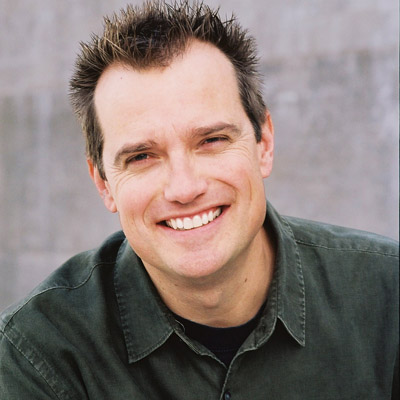 Tommy Walker is an American worship leader, composer of contemporary worship music, recording artist and author. Since 1990, he has been the worship leader at Christian Assembly, a church affiliated with the International Church of the Foursquare Gospel in Los Angeles, California. Some of Walker's most well-known songs are “No Greater Love,” “Mourning Into Dancing,” “He Knows My Name", and “That’s Why We Praise Him.”

In addition to his responsibilities as a church leader, he has taken the "CA Worship Band" on numerous overseas trips, including several trips to Southeast Asia and the Philippines. He has worked alongside Franklin Graham, Greg Laurie, Jack Hayford, Bill Hybels, Rick Warren and at Promise Keepers events.

In 2000, Walker released his album Never Gonna Stop, which earned a larger reception than his previous albums, peaking at number one hundred and fifty three on the Billboard Top 200 chart. In 2004, Walker released his album, Make it Glorious, which was recorded live at Regent University with a 50-member choir. A choral collection of some of Walker's best-known songs entitled That's Why We Praise Him: Celebrating the Songs of Tommy Walker (arranged and orchestrated by Bradley Knight) was also released in 2004. This was followed by a second choral collection of songs by Walker, Great and Marvelous: Celebrating the Songs of Tommy Walker Volume 2, in 2005, which earned Walker a Dove Award nomination. On March 18, 2008, following eight live recordings and many years as a worship leader, Tommy Walker released his first studio recording, I Have A Hope. The album was produced by producer Ed Cash and labeled by Maranatha! Music. In support of his national studio debut, Walker made appearances at the National Christian Musicians Summit, Liberty University and the National Worship Leadership Conference, run by Worship Leader Magazine. In an interview, Walker said that he had been offered deals by record labels and publishers when his songs where first being recorded, but he had declined the offers because he had grown up with a negative perception on the music industry. In 2012, Shepherd University (Cornel School of Contemporary Music) awarded Tommy Walker with an “Honorary Doctorate in Music Arts”.

Tommy Walker is the son of Fred and Eileen Walker, who were once the pastors of an independent charismatic church. Walker's sister, Janey Stewart, and her husband, Sam Stewart, are the founders and overseers of Charlie's Lunch, a worldwide faith based relief organization. One of Walker’s brothers, Dale Walker is the founder and director of Heart of the World, an interdenominational, worldwide ministry, that operates Borderland Kids program, which is a program that provides food to needy children in the United States. Hilary (Walker) Overton, a niece of Tommy Walker, and her husband David, administrate Glory Reborn, a midwifery clinic in the Philippines.Tommy Walker is married to Robin Walker, and together, the couple has four children, Jake, Levi, Emmie and Eileen.