Albums by Rod Parsley in our playlist: 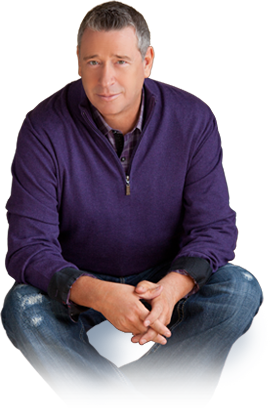 Rod Parsley has been clearly called to a pre-eminent position of leadership within the Body of Christ, as his numerous roles – including TV host, evangelist, educator, humanitarian and statesman – will attest. But he’d be the first to tell you that his prominence is solely a function of his willingness to be used by God in extraordinary ways.

He was 19 when he first led a Bible study in his parents’ backyard. In more than 30 years since then, he’s built one of the most important and far-reaching Christian ministries in the United States. He has founded and now leads outreaches with local, national and worldwide reaches.

This New York Times best-selling author has successfully advocated for federal legislation, delivered hundreds of millions of pounds of food and medical supplies to poverty-stricken areas of the world and changed the lives of thousands who will shape the cultural landscape in the next generation. He’s in constant demand to preach the Gospel in pulpits across America and around the world, and to comment publicly on the moral issues of our day. If none of those opportunities had ever presented themselves, though, he’d still be Pastor Parsley, sharing God’s Word with his beloved World Harvest Church, helping his congregation know God as he does.

His other ministries include the Center for Moral Clarity, a grassroots organization focusing on the biblical response to moral issues; Valor Christian College; Harvest Preparatory School, an educational institution for local students from preschool through 12th grade; Hispanic and urban-outreach ministries; a national ministerial alliance; Bridge of Hope, a world-wide missions organization.

Through Bridge of Hope, he hosts the television show “Breakthrough,” which airs on the Word Network, Daystar and 1,400 other local channels and cable outlets worldwide.

Pastor Parsley is the author of more than 50 books and study guides. He is especially noted for his trilogy of books that call the Church to moral action: Silent No More, a manifesto for the “values voter” movement; Culturally Incorrect, a New York Times best seller, and Living on Our Heads, published in August 2010. His latest book is entitled, The Cross: One Man... One Tree... One Friday, released in October 2013, where Pastor Parsley takes you on a journey back to Calvary.

He holds a bachelor’s degree from Ohio Christian University in Circleville, Ohio, and a doctorate from Liberty University in Lynchburg, Va. He and his wife, Joni, are the parents of two college-age children, Ashton and Austin.