Albums by Mark Conner in our playlist: 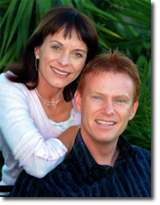 Mark Conner (born October 26 1961) is the senior minister of CityLife Church in Melbourne, Australia. CityLife Church is one of Melbourne's largest churches, with over 5,500 in attendance each week. He is married to Nicole and together they have three children (Josiah, Ashley, and Natasha). He is a well known preacher, appearing on the Connect television program shown on the Australian Christian Channel (screening on pay TV in Australia and Papua New Guinea and formerly on Shine TV in New Zealand. He is the son of Kevin Conner, an internationally known theologian and author.

Conner is the author of five books, including Transforming your church: seven strategic shifts to help you successfully navigate the 21st century (2000), and speaks regularly nationally and internationally. He holds a Master's Degree from Ridley College in Melbourne and has just recently completed a Doctorate of Ministry with Fuller Theological Seminary.

Conner was born at Fairbanks Private Hospital in Box Hill. He became a Christian between the ages of 6-7. Conner spent 10 years in Portland, Oregon when his father was Dean of Portland Bible College, and completed an associate degree at the college directly after high school. Conner had never considered a leadership role until Ken Malmin encouraged him as an eighteen year old, saying the team "saw leadership potential." Shortly after that his family returned to Australia. After being a part of the worship team for a short time, he became worship director at nineteen years old, when the previous director left.

When Mark was an associate pastor at Waverley Christian Fellowship, he was worship leader in the All Nations Worship recorded (1991) and release (1992) under the Integrity/Hosanna worship cassette series. He also led the Resource Christian Music's Supplement 30, Redeemer, Saviour, Friend recorded in 2000. On 5th February 1995, Mark and Nicole became the senior ministers of CityLife Church.

From 2000-2006, Conner was a member of the national board of Australian Christian Churches (which represented over 190,000 weekly church attendees) and was the Victorian State Director.