Albums by Ian White in our playlist: 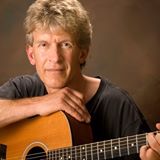 Ian White was born 16.5.56 in Ayr Scotland and his interest in music began around the age of 8, with piano, then guitar at 12. Ian’s parents were well meaning, but with no real Christian faith.

At school a Christian music teacher gave Ian a copy of the book ‘The Cross and the Switchblade’ when he was 16, but conversion didn’t come until he was 22 and studying for an Arts degree at Aberdeen University. Three years later, having done various things, including playing guitar in gospel music groups, working in an office, and getting married to Carol in 1980, Ian decided to apply for training in Presbyterian parish ministry. He was accepted, and between 1981 and 1984 completed a Divinity degree, also at Aberdeen.

During that time, however, the music gift did not diminish, but seemed to increase. A set of pieces based on the Old Testament Psalms written during Ian’s study years became highly popular when sung in the Aberdeen area, and Ian, on the advice of many around him, and the following of his heart, decided, on the completion of his degree, to follow the music path once more. After one year working with the Scripture Union organisation as a schools worker, doing concerts and missions in schools, in August 1984, Ian set out as a freelance musician.

Ian and Carol, with help from their lawyer and good friend Dan Stewart, set up their own recording and distribution ministry, called Little Misty Music and this continues to be run by them. Some 20 albums have been produced to date, with total sales of around 250,000 units. Six albums are based purely on the Psalms, three are specifically children’s music and the others are mixtures of Congregational praise type songs and solo songs.

From time to time, Ian has collaborated with other Christian labels. An album called Pure Heart was done with Integrity, Holy Ground with Kingsway and Encounter with EMI Christian Music. A track from the latter, ‘You are Merciful to Me’ has gained favour with many congregations across the US and is included on the gold selling compilation album ‘I Could Sing of your Love Forever’.

Ian has travelled extensively over the years, taking up invitations to perform concerts, in a variety of different types of venue- churches, concert halls, schools, colleges and military bases. He has played on many US army bases in Germany, and in the US has played in Wheaton College, Westminster Seminary, Westpoint, Anaheim Vineyard, Toronto Airport Vineyard, and Newsong Nashville. The concerts are simply presented, just with Ian and his guitar, but he normally does a two hour presentation- with an interval in the middle, and the content, all self penned is a mixture of congregational worship, solo songs and some children’s material, making the concert an ideal event for the whole family to attend.

Ian and Carol live in Perth , Scotland, with their two sons, Taylor, 18 and Harrison 16. They attend the local Presbyterian Church.