Albums by Dave Irish in our playlist: 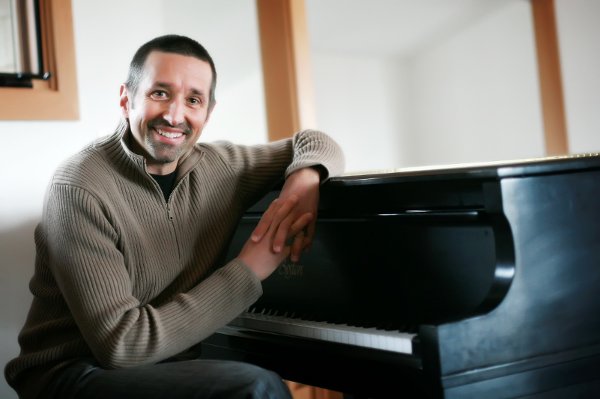 Dave Irish has a heart for the hurting. His songs are thoughtful and reflective, communicating a message of hope restored, of burdens lifted, of a bright eternity promised for those who follow Jesus Christ.

Dave has led worship or performed concerts in more than 100 churches of all sizes and denominations, mostly along the entire West Coast and as far east as Washington D.C.

He says he seeks to provide "peaceful rest, an oasis, in a busy, hectic, crazy world."  Many listeners have told him his songs – like those on "A Quiet Place," a popular early CD – are honest and transparent about the ups and downs in life, helping to carry them through tough times.

“The music kind of washes over them and lightens their load,” Dave says. “That’s my vision.”

The title track of his 11th and newest CD, “Life is Fragile,” was dedicated to a friend whose wife died unexpectedly. Another new song, “Because of the Brave,” pays tribute to those in the military during a time of war. Typical of Dave’s music, the songs compel the listener to slow down and contemplate God’s faithful presence, no matter the circumstances.

In addition to his original songs, some of which he co-wrote with friends, Dave occasionally performs hymns in his unique arrangements.

Dave’s style also ranges to jazz influences and adult contemporary, allowing him to stretch out on such classic standards as “Over the Rainbow” and bluesy concert favorites like “God Ain’t Done With Me Yet.”  He remembers wanting to go on the road and sing with Frank Sinatra – at age 5, no less – and found influences in early Elton John and Stevie Wonder.

He has sung for 65,000 men at Promise Keepers events and in intimate home settings. He is comfortable performing with a band, accompanied by strings or on solo keyboard. His music is a nonprofit ministry and he does not charge a specific fee, accepting honorariums instead.

Dave and his wife, Nancy, grew up in the Seattle area. They celebrated their 25th anniversary in 2008 and have two lovely daughters, Breanna and Jess.

Through a music ministry that has spanned more than two decades, Dave remains steadfast in leading listeners to “hone in on God’s small, still voice.”