Albums by Tim Hughes in our playlist:

Here I Am To Worship
Tim Hughes
Songs: 1 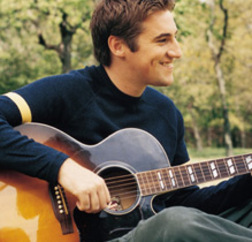 The Reverend Tim Hughes (born 23 July 1978) is a British worship leader and singer-songwriter. He is Director of Worship at Holy Trinity Brompton, an Anglican church in central London, and heads up Worship Central, an international worship training and resource centre. He is an ordained minister in the Church of England.

Hughes is the son of an Anglican vicar. He grew up in High Wycombe, later moving to Birmingham as a teenager, since his father was appointed vicar of St John's Church, Harborne. He also studied history at Sheffield University, graduating in 2000.

Hughes was ordained into the Anglican church on 29 June 2013 at St Paul's Cathedral, London.

Hughes began his career in the music industry in 1997, when he was asked by Mike Pilavachi to lead worship at the Soul Survivor festivals. When Matt Redman left Soul Survivor, Hughes began serving on staff with Soul Survivor Watford Church, as their Worship Pastor.

In 2005, Hughes moved to Holy Trinity Brompton, an Anglican church in central London, where he serves the church as the Director of Worship. Hughes is also one of the members of Compassionart, a charity founded by Martin Smith from Delirious?.

In addition to his work with Holy Trinity Brompton, Hughes, along with Associate Director of Worship Al Gordon, established Worship Central, which is an international worship training and resource centre.

Hughes leads a school of worship known as Worship Central, which is based at Holy Trinity Brompton. Worship Central runs conferences, tours, produces music albums and online resources. Albums released by Worship Central include Let It Be Known and Set Apart.

Hughes' songs are published in the UK by Survivor Records and distributed globally by EMI CMG, a major music label documented as market share leader from 1998–2009.

Here I am to Worship

Released in 2004, When Silence Falls featured well-known tracks, "Beautiful One", "Consuming Fire", and "Whole World in His Hands". The bonus track on the album, "Saviour" featured the hip hop group 29th Chapter, from west London.

Hughes' third album, entitled, Holding Nothing Back, was released on 3 April 2007, and includes songs like "Living for your glory", "The Highest and the Greatest", "God of Justice", "Everything", and "Happy Day". In 2007, prior to the recording of Holding Nothing Back, Christian Today interviewed Hughes, asking him, "Do you think any of the songs have the potential to become worldwide hits like some of your previous singles ("Here I am to Worship" and "Beautiful One")?" Hughes responded that what connected with people was often a surprise and hard to predict.

In July 2008, Hughes recorded a live album and DVD, entitled Happy Day, at a Worship Central event held on 16 September 2008 at the Shepherds Bush Empire, London. The recording featured a mix of previously released material and brand new songs, including "Give us your courage". The album was released at the Worship Central Global Day on 14 March 2009, in London's Westminster Central Hall.

Hughes published Passion For Your Name in 2003, in which he gives his advice on many issues, including worship leading and songwriting.

Hughes has published a book called Holding Nothing Back (the same name as his third album) and was interviewed by Premier.tv's Christian TV On Demand, to promote the book.