Albums by Robert Gay in our playlist: 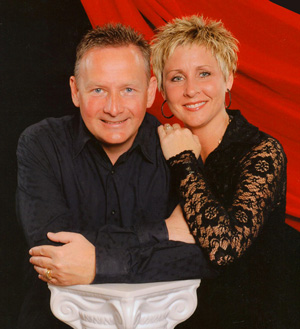 Robert and Stacey Gay are the Founders and Apostolic Pastors of High Praise Worship Center, a thriving dynamic church in Panama City, Florida. Robert and Stacey celebrated their 30th Wedding Anniversary along with 30 years of full time ministry in June of 2011. They have three children, Joshua, Kayla, and Micah, who are serving in ministry with them. Robert and Stacey have a heart and vision to equip believers to fulfill their divine destiny and see families serve the Lord together.

Robert is the author of two books. His most recent one entitled Planted is a book on the importance of the local church and how believers can find their place in a body of believers. He has also authored a book on the subject of spiritual warfare through praise and worship entitled Silencing the Enemy.

Robert has also been an exclusive songwriter for Integrity’s Hosanna! Music. Integrity has recorded numerous songs written by Robert such as; No Other Name, I Praise Your Majesty, On Bended Knee, Mighty Man of War, and many more. He was also worship leader on HM 28, Victor ’s Crown. Other singers such as Vicky Winans, The Brooklyn Tabernacle Choir, Rhema Singers and Band, Nitro Praise, and many more have also recorded Robert’s songs.

He has produced and led worship on nine of his own projects entitled; Mighty Man of War, Roar Lion of Judah, The God of Glory Thunders, Lord Sabaoth, The Shout of a King, Fan the Flame, Silencing the Enemy, Lord of the Breakthrough, and his most recent release People of Power. He has also produced numerous worship tapes for other local churches across the United States. Robert and Stacey have a vision to produce quality resource materials that will help equip believers to fulfill God’s plan for their life.